When Hazing Turns Into a Crime 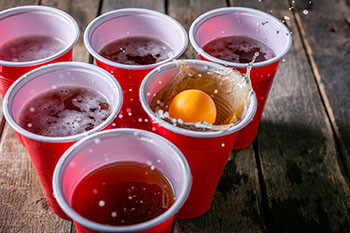 Initiation rituals to join fraternities, sororities, sports teams, and other groups — generally known as hazing — have been going on for decades, if not much longer. Generally, the initiate will be required to perform trivial (and often demeaning) tasks, such as cross-dressing, getting up early to cook and clean for initiated members, or singing silly songs in public.

Though campuses and other higher authorities attempt to regulate hazing, problems arise when the initiation takes a dangerous turn, such as over-indulgence in alcohol or drugs, sleep deprivation, and physical or sexual assault. In these cases, hazing can become a crime punishable by law, not just by school deans or athletic directors.

If you or a family member is under investigation for or charged with a crime related to hazing in or around the greater Los Angeles area — including the neighboring counties of Ventura, Santa Barbara, San Bernardino, Orange, or San Diego — contact me at the Alec Rose Law Firm.

I will fight for your rights and work with you to develop the best available defense strategy. Hiring an experienced campus crimes attorney can spell the difference between facing severe consequences and clearing your name.

California Penal Code 245.6, which addresses hazing, arose out of a fraternity initiation death that occurred at Chico State University in 2006. In that incident, members of the Chi Tai fraternity — which was not sanctioned by the university — forced initiate Matthew Carrington to consume up to 25 gallons of water in a basement strewn with garbage and bearing a sign that read “In the basement, nobody can hear you scream.”

Even though Carrington collapsed and spewed blood, the initiators stood idly by for an hour before calling 911. The three main hazers were charged with manslaughter, but they later agreed to a plea bargain to reduce their jail time and were forced to commit to educating others on the perils of reckless hazing.

PC 245.6 states that it is unlawful to engage in hazing if it is ”likely to cause serious bodily injury to any former, current, or prospective student of any school, community college, college, university, or other educational institution in this state.” The statute excludes “customary athletic events or school-sanctioned events.”

Examples of overboard hazing include:

A violation of PC 245.6 that does not result in serious bodily injury is a misdemeanor punishable by a fine of $100 to $5,000, up to one year in county jail, or both. A serious injury can raise the charge to felony status, but hazing is considered a “wobbler” offense and can be charged either as a misdemeanor or felony even if serious injury results. Examples of serious injury include:

A felony conviction can carry jail time of 16 months or up to two or three years.

Proving either a misdemeanor or felony charge of a violation of PC 245.6 requires these four elements:

If these elements cannot be conclusively proven, the incident and its perpetrators could still be charged under separate laws, as were the students at Chico State. In addition, the victim or their family members can bring civil charges under PC 245.6(e) against any individual or agent of the organization that requested, authorized, or endorsed the conduct.

Many people accused of hazing will point the finger at the initiates, saying they “consented” to the ritual and therefore the perpetrators were guiltless. This usually doesn’t work if the initiation process is “likely to” or indeed does inflict serious bodily injury. Some common, more workable defenses include:

A conviction for hazing carries lifelong implications. The stigma will follow you everywhere, even if you get off lightly penalty-wise. It will also appear on your record, making it harder for you to obtain employment, security clearances, or even professional licensing.

If you’ve been accused of or charged with violations of PC 245.6, you need to seek out an experienced and knowledgeable attorney familiar with campus crimes and criminal defense strategies. Contact me at the Alec Rose Law Firm if you’re in Los Angeles or the neighboring cities and counties throughout Southern California, including Ventura, San Bernardino, Santa Barbara, Orange, and San Diego.