Why You Need an Attorney to Defend Against Wild Accusations 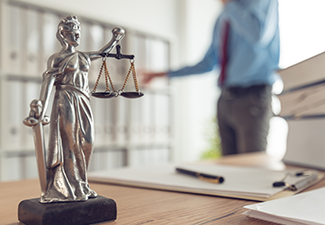 If you find yourself facing wild accusations of a crime, you need to take immediate action to protect your freedom, reputation, and future. At the Alec Rose Law Office, I have helped many innocent people in Los Angeles, California, and surrounding areas fight false and wild accusations.

As a criminal defense attorney with decades of litigation and trial experience, I can represent you in getting the charges dismissed and help you fight back against the accuser by filing a civil lawsuit to seek damages for their wild accusations. From my office in Los Angeles, I seek justice on behalf of people accused of crimes throughout California, including but not limited to San Diego, Santa Barbara, Santa Maria, and San Bernardino County.

What Is a Wild Accusation?

A wild accusation is essentially the same as a false accusation, except that a wild allegation refers to an outrageously untrue accusation against someone who did not commit what they are being accused of.

Making false or wild accusations can be a serious criminal offense. Nonetheless, thousands of people in California are falsely accused of crimes they do not commit every year. Wild accusations are especially common with crimes such as assault, rape, and domestic violence. A comprehensive 10-year study of false rape accusations found that the prevalence of false allegations in sexual assault cases is between 2% and 10%.

Being accused of a crime you did not commit can be incredibly upsetting and stressful. Depending on the allegations, you could be facing imprisonment, hefty fines, loss of a firearm, loss of custody, and registration as a sex offender, among other penalties and consequences.

What to Do If You’ve Been Accused

Your reputation, freedom, and future can be at stake when facing criminal charges, even if they are based on some wild accusations. Hiring a knowledgeable and results-driven criminal defense attorney is an important step to take when defending against false accusations.

Possible Defenses Against a Wild Accusation

Defenses to a wild accusation depend on the type of charges you are facing and the facts of your case. Possible defenses may include:

If you can prove that the accusations made against you are false, you could take action against the accuser to sue them for defamation and recover damages. The law recognizes two types of defamation:

When pursuing a civil lawsuit against the individual who has falsely accused you of a crime, you would have to prove that the accuser knew you did not commit the crime and deliberately made the accusations to punish you, damage your reputation, or for some other reason. Proving that the accuser knew their accusations were false can be challenging, which is why it’s important to have the support of an attorney.

How an Attorney Can Help You

If you are facing false or wild accusations, an experienced criminal defense attorney will fight on your side to achieve the most positive outcome possible by:

If you have been falsely accused of a crime, you need to take action immediately. At the Alec Rose Law Office, I help clients in California overcome outright false and wild allegations and fight for justice in a civil defamation lawsuit filed against the accuser.

Facing wild accusations can be scary and overwhelming. As a criminal defense attorney at the Alec Rose Law Office, I am dedicated to aggressively defending every client and helping them avoid a conviction. Reach out to my office in Los Angeles, California, to schedule a free consultation and discuss what we can do together to fight for your innocence.