Defenses Against Accusations of Academic Dishonesty 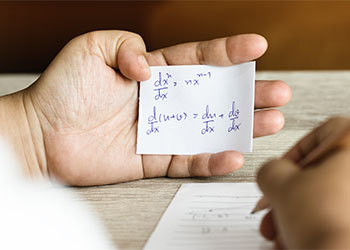 If you are facing a formal administrative hearing because of the alleged academic dishonesty, you need to seek legal counsel to discuss possible defenses. Regardless of the allegations, your future could be at stake.

Each case is unique, which is why possible defenses against academic dishonesty depend on the allegations and the circumstances of your situation. First and foremost, the defense strategy that you can use depends on the available evidence and the strength of the case against you.

Some of the defenses against accusations of academic dishonesty are:

As an attorney who has defended students across California against academic dishonesty allegations for more than 25 years, I take a client-centered approach and help clients craft customized defense strategies to disprove the charges or minimize the repercussions.

Possible consequences of academic dishonesty range from minor reprimands and getting a zero on a test to dismissal and suspension. The serious nature of these consequences cannot be overstated. The fact that you engaged in academic dishonesty may be disclosed to other educational institutions and potential employers. In addition, students guilty of academic misconduct may lose their eligibility for scholarships and financial aid.

How a Knowledgeable Attorney Can Help

When your future is in jeopardy, you need to act immediately. At the Alec Rose Law Office, I have an enviable track record of success in representing students accused of academic dishonesty in many universities and colleges across California, including UC Berkeley, California Institute of Technology, University of Southern California, and the University of California, Los Angeles (UCLA), which is just three miles from my office.

If you are facing accusations of academic dishonesty, it is vital to explore your defense options as soon as possible. As a student defense attorney at the Alec Rose Law Office, I can evaluate the circumstances of your case and help you choose the best strategy for defending you. Get a case evaluation today by reaching out to my office in Los Angeles, California. I proudly serve clients in Victorville, Westminster, Riverside, Fullerton, Santa Maria, Santa Barbara, Simi Valley, and Ventura, California.