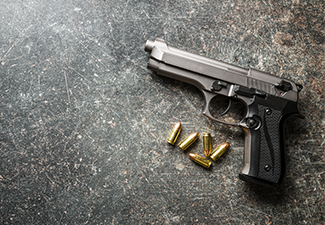 In a study of women in 67 California domestic violence shelters, it was found that handguns were used to threaten, harm or scare 32.1 percent of the victims. Some 39.1 percent of the women reported that their abusive intimate partner owned a firearm during their relationship, a figure almost twice the average rate of gun ownership in California. Of these women, 64.5 percent said a gun had been used against them.

It’s no wonder that both federal and state laws ban those convicted of domestic violence from possessing firearms, often for life. Courts have held that these bans do not violate the Second Amendment and its right to bear arms.

If you are facing either a misdemeanor or felony domestic violence charge in or around Los Angeles, California, or in the neighboring counties of San Bernardino, Orange, Ventura, Santa Barbara, or San Diego, contact me at the Alec Rose Law Office. I will listen to the circumstances leading to your charge, work with you on an effective defense strategy, advise you of your best options going forward, and aggressively defend your rights.

The definition of domestic violence in the Golden State hinges on the word “abuse.” Abuse is defined as:

The California Courts website further explains that “physical abuse is not just hitting. Abuse can be kicking, shoving, pushing, pulling hair, throwing things, scaring or following you, or keeping you from freely coming and going. It can even include physical abuse of the family pets.”

California law further defines the victim, or intimate partner, as any of the following:

California has two statutes on the books concerning firearms bans for those convicted of domestic violence.

Penal Code 29805 carries a 10-year firearms ban for anyone convicted of about 40 misdemeanors. The exception is a violation of Penal Code 273.5, which is defined as inflicting “corporal injury” on one of the persons listed in the intimate partner category above.

Even grabbing your ex-spouse’s arm and squeezing it until bruises appear can be considered “corporal injury.” Violations of 273.5 can be charged either as a misdemeanor or a felony (called a “wobbler” offense), but even a misdemeanor conviction carries with it a lifetime firearms ban, as opposed to a 10-year ban for other misdemeanor domestic violence convictions.

Penal Code 29800 is often referred to as “felon with a firearm.” This statute results in a lifetime firearms ban for anyone convicted of a felony anywhere in the world. If someone moves here from another state with a felony domestic violence conviction, that person will be banned for life from buying or owning a gun.

Under the Supremacy Clause of the U.S. Constitution, federal laws supersede state laws, and in the case of what is called the “misdemeanor crime of domestic violence,” federal law mandates a lifetime ban on buying, owning or possessing firearms. Even if you receive only a 10-year ban in California, federal law will kick in and the ban will become permanent.

The amendment defines MCDV as “the use or attempted use of physical force” or “the threatened use of deadly force.”

Preserving Your Right to Possess Firearms

Therefore, if you wish to retain your right to own and bear arms, your best course is to never get involved in an incident of domestic violence. If you are charged and you cannot get the charges dropped, your other two immediate options may be to enter a plea bargain that lowers the offense to one not carrying a firearms ban—or to win your case in court.

I Will Fight to Protect Your Rights

Domestic violence cases can be complex, especially when it comes to firearms. Your first step is to contact me immediately if you’re being investigated for, or charged with, domestic violence. The quicker you get solid legal representation on your side, the better your chances of avoiding the more serious charges and consequences. Contact me immediately at the Law Office of Alec Rose PC. Let’s discuss your situation, weigh our options, and move forward aggressively to protect your rights.