Dangers of Dating and Hookup Apps

Some 40 million Americans use dating apps to find a relationship, according to dating site eHarmony, and 39% of heterosexual American couples met online in 2019, up from 22% in 2009. 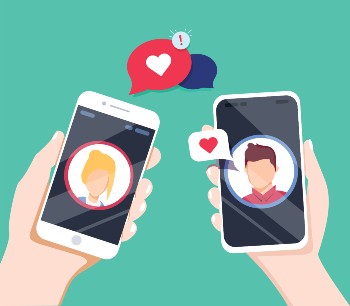 But not everyone online is what they claim to be, in terms of their age or otherwise. According to a “Danger Index” developed by BackgroundChecks.org, 10% of dating app users are sex offenders, and another 10% are scammers.

If you’ve been abused in the Los Angeles, California, area by online dating site users, or worse, you are facing charges related to a rendezvous you had with someone you met online — even statutory rape — you need to contact me at the Alec Rose Law Office. I have been helping clients facing sex-related charges defend themselves and protect their rights for 25 years.

The Dangers of Dating App Meet-Ups

It’s not uncommon for people using dating apps to falsify information and upload old — or even fake — photos. You can never truly be sure of who is really at the other end, even when the site purports to impose rigorous verification standards.

The starting point is just chatting and getting to know one another in cyberspace. But what happens when you have your first face-to-face encounter and then you start seeing each other, or you even take the next step of engaging in sexual activity?

These days, sites with even more potentially dangerous outcomes promise you a “hookup” the same day or evening with hardly any online social interaction other than a mutual desire for sexual gratification. Though they often get shut down quickly, they pop up again and again in a different form.

The issue of age becomes a huge factor in sexual encounters resulting from online interactions. Just because someone’s dating profile says they’re 18 years of age or older doesn’t relieve you of responsibility for statutory rape if it turns out they’re only 16 years old. Even when you meet an online partner in person and they claim to be 18 or above, you’d better ask for some proof.

There is a defense for statutory rape — sex with anyone under 18 but not younger than 14 even if they consent to it — called “Good Faith Belief.” California Criminal Jury Instruction 1071 states: “The People [prosecutors] must prove beyond a reasonable doubt that the defendant did not reasonably and actually believe that the other person was at least 18 years old.”

In practical terms, it’s often hard to pinpoint an exact age on young adults 15 to 25 years of age just by looking at them. On TV, 20-somethings routinely get away with playing high school teens in a realistic manner. Though this defense can be valid, the jury must agree that your belief in your partner’s age would be reasonable to any adult. In court, you would need to justify how you arrived at your conclusion with factors other than appearance.

You can also face the more serious charge of rape, which is intercourse without your partner’s consent, regardless of age. After a night of eating and drinking, your partner may be too intoxicated to give you informed consent for sex, even though the sexual act is performed. Under California law, sexual intercourse requires what is called affirmative consent, and a person incapacitated by drugs or alcohol is incapable of legally giving such consent.

Sexual assault, which can be charged as either a misdemeanor or a felony, refers to the act of touching the intimate parts of another without their consent for the purposes of arousal, abuse, or sexual gratification. Even what you might consider innocent foreplay can land you in legal hot water.

Consequences of Rape
and Statutory Rape

The penalties for statutory rape depend upon the age differential between the partners. An offender not more than three years older than the victim will be charged with a misdemeanor and face a fine of up to $1,000 and up to one year in prison. If the offender is older than 21 years of age and the victim is 16 years old or younger, the crime rises to felony status with a fine of up to $10,000 and 16 months to four years in prison.

Rape is considered a felony and carries with it a potential prison term of eight years, which rises to 11 years if the victim is younger than 18 years old. You will also have to register as a sexual offender.

Seek the Help of an
Experienced Attorney

Things can go awry with interpersonal relationships of any origin, but online dating apps can be a breeding ground for deceit and subsequent problems. You can also be your own worst enemy. If you’re not careful and take things too far too fast, you can also cause big legal problems for yourself.

Since 1993, I have represented thousands of Southern Californians who faced criminal sexual charges. I will represent you aggressively and work closely with you to employ the optimal strategy for achieving a favorable outcome. Don’t rely on a public defender — trust an experienced, knowledgeable criminal defense attorney.

At the Alec Rose Law Office, I serve clients in Los Angeles City and County, and elsewhere in Southern California in Santa Barbara, Ventura, Orange, and San Bernardino counties. If you have been charged with a crime, you need help right away. Call me today for a consultation to get started developing your defense strategy.