What Constitutes “Domestic Violence” in California? 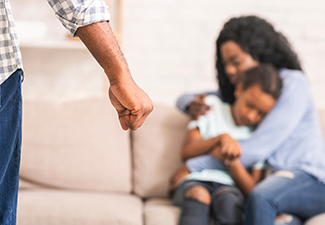 Many people find themselves facing domestic violence charges in California every year. To give you an idea of how many, in the fiscal year 2020, there were nearly 72,000 domestic violence actions added to the family law dockets of the state’s Superior Courts.

It is not uncommon to issue orders of protection with little evidence against alleged perpetrators of domestic violence. Moreover, law enforcement and the courts are more concerned with protecting the person asking for it than finding out the truth behind the allegations. It is like being found guilty before you even have the chance to prove your innocence.

As a criminal defense attorney with clients facing domestic battery, domestic assault, and sexual abuse charges in Los Angeles, California, and surrounding communities, I believe that regardless of guilt or innocence, those accused of such violence are entitled to the best defense possible. At the Alec Rose Law Office, that is precisely what I provide, so reach out today. I proudly serve clients also in Orange County, Anaheim, San Diego, Riverside, California, and other neighboring areas.

What Is Considered Domestic
Violence in California?

Domestic violence under California law includes any physical, emotional, sexual, or other violence, verbal abuse, or the threat of violence between people who currently or formerly were married, lived together, or dated, those who share a child, or a close blood relative.

The following acts are considered domestic violence under California law:

Domestic abuse or corporal injury to a current or former spouse, cohabitant, dating partner, or co-parent may be charged as a misdemeanor or felony. This charge involves causing physical injury.

Do I Face if Convicted?

The possible consequences of a domestic assault conviction depend on whether you are convicted of a misdemeanor or felony offense. However, the range of penalties includes incarceration, probation, fines, restitution, community service, lengthy restraining orders, batterer counseling, classes, and being banned from owning or possessing a firearm. If you are convicted of sexual assault, you will be forced to register as a sex offender. If you are not a U.S. citizen, you will face deportation.

Moreover, you face other consequences associated with having a criminal record for a violent act, including job loss and prohibition from certain employment, loss of professional licensure and certification, barriers to educational and student loan opportunities, and issues with child custody and visitation, among others.

What Should I Do if I’m Facing

There are several steps you must take if you are facing domestic violence charges. These include:

How Can a Criminal Defense Attorney Help Me?

Your lawyer will guide you regarding protective order compliance and in responding to questions asked by law enforcement and the prosecution. Your lawyer will also investigate the circumstances used to charge you with domestic violence offenses, gather evidence, and work with you to build a defense.

Legal Guidance You Can Trust

For more than 30 years, I have been defending clients who, like you, have faced domestic violence charges and all the potential consequences of a criminal conviction. You may be innocent or guilty of the charges brought against you, or there may be extenuating circumstances. This may or may not be the first time you have faced domestic violence charges, but this is far from my first time helping a client prepare a defense against them.

You can trust my experience with defending clients charged with domestic violence crimes. Contact my firm, Alec Rose Law Office, now to talk about yours.