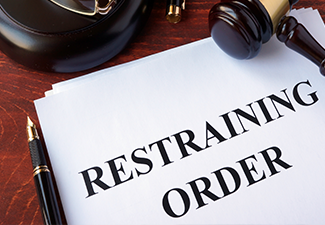 Restraining orders are orders of protection issued by the courts to protect an accuser from physical violence, the threat of violence, or harassment by a specific individual. Once issued, the courts and law enforcement adamantly enforce them. They show no tolerance toward those who violate the orders.

There is, however, more than one way to come too close or to harass the person the order is designed to protect. In a digital world, social media provides ample opportunity for people to violate restraining orders. Moreover, social media can and will be used against you in a court of law and of public opinion.

More than 50,000 restraining orders are issued in a year in Los Angeles County alone. That creates more than 50,000 opportunities for those orders to be violated. Social media may not seem like an infringement on those restrictions, but the courts won’t see it that way.

At the Alec Rose Law Office, I help clients in and around Los Angeles, California, understand the dangers social media poses with orders of protection and defend them from the allegations the accuser uses to obtain one.

What Impact Does Social Media
Have on Restraining Orders?

Restraining orders are requested by people who allege they are victims of such things like assault, sexual assault, abuse, stalking, or harassment. In most cases, courts will err on the side of caution and issue them upon request, even with little more than an allegation. Once issued, if you violate the order, you’ll face serious consequences.

Part and parcel of a restraining order is the prohibition of the restrained party from having any type of contact or committing any type of harassment of the protected party. Traditionally, that means not coming within a certain distance of the protected person, as well as not calling, texting, emailing, or sending letters to them. The prevalence of social media has added an entirely new dimension to obeying the order.

Social media’s impact on a restraining order does not even require that you attempt to contact the accuser, such as by messaging them through a platform. What you say about that person, photos you post, attempts to defend yourself, and other actions can violate the order.

For example, a husband obtains a restraining order against his wife during the divorce process. Any communication between them must go through their respective attorneys. She is to have no contact with her husband. Instead, the wife begins posting on her social media accounts.

She disparages the husband, accuses him of certain unflattering behaviors, reveals things she alleges he told her in confidence about his co-workers or friends, and uploads photos of the husband drinking or doing some other activity she believes will harm his reputation. She stalks him through his account activity and comments on his posts. Moreover, the wife asks people who read her posts to take her side and condemn him. People begin to post threats and negative comments on his social media accounts or even call him out at work, in social settings, or in public places.

The wife’s social media activity creates additional harassment, threats, and annoyances in the husband’s life, violating the spirit and terms of the restraining order. While the wife thought she was getting around the order and getting back at her spouse, she is creating a digital trail of evidence of her spite, vengefulness, and rage. That trail will be used against her in not only the divorce but also in the likely criminal proceeding against her for violating the order.

What Happens If You Violate a Restraining Order?

Violating a restraining order is a criminal offense in California. If you are found in violation of one, you can serve up to one year in jail, pay a fine of up to $1,000, or both. If your violation injures the protected person, you may serve jail time and pay an increased fine. These penalties would apply each time a criminal charge is filed against you for violating the order.

What Are Some Dos and Don’ts for Social Media?

If you have a restraining order issued against you, there are some things you should and should not do regarding your social media accounts. A few dos and don’ts include:

Experienced Advocacy You Can Trust

Many restraining orders may not specifically address social media, but that does not mean the court may not find you in violation of the order using it. Case law is catching up with technology, and in the meantime, the court will base every decision on the spirit of the protective order.

If you have a restraining order issued against you in Los Angeles, Ventura, Orange, Santa Barbara, San Diego, San Bernardino County, Anaheim, Rancho Cucamonga, Santa Ana, Simi Valley, Santa Maria, Westminster, Riverside, Victorville, or Fullerton, California, be proactive. Rely on an experienced criminal defense attorney like me to provide you with legal counsel regarding social media use and any other issues that may result in a criminal charge for violating the order.

At the Alec Rose Law Office, I help clients avoid protective order violations. Let me help you avoid trouble, not invite it. Call my office now to schedule a consultation.