What are the Rules for
Self-Defense in California?

According to data obtained from a 2021 National Firearms Survey, about 25.3 million Americans have used a gun in self-defense. Under California law, individuals have the right to protect themselves or others against potential harm or danger. However, certain rules guide the use of force or deadly force in self-defense or defense of others. 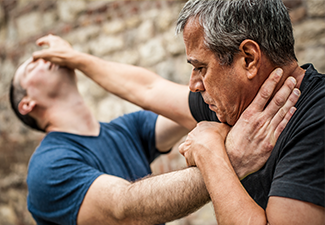 At the Alec Rose Law Office, I have the experience and resources to represent and defend individuals facing criminal charges for using force against others. As your legal counsel, I can investigate the facts surrounding your case and help you understand what is needed to establish legal self-defense arguments. My firm is proud to represent clients in Los Angeles, Orange, Santa Ana, Ventura, Santa Barbara, San Bernardino County, and the rest of California.

Self-defense can be described as the process of using force—or even deadly force where necessary—to protect yourself or another person from imminent harm or danger. Under California law, you have the right to act in self-defense if you reasonably believe that you are in imminent danger or about to be physically harmed. Self-defense may be used as a legal defense in many criminal cases, including murder, assault, domestic battery, and domestic abuse, provided that you can back up your claim.

When Can it be Used as a Legal Defense?

In a California criminal case, self-defense may be used as a legal defense if the defendant can show that they:

A knowledgeable attorney can determine whether you have a valid legal defense or show that you only used force to protect yourself in accordance with California’s Castle Doctrine.

The Castle Doctrine in California

California’s Castle Doctrine is a legal doctrine that gives you the right and immunity to use deadly force to protect or defend yourself and your loved ones against an intruder (or break-in) on your property or any legally occupied place. Under the Castle Doctrine, you have no duty to retreat if you confront an intruder in your home. Likewise, you can use deadly force in self-defense to neutralize a forcible break-in.

Here are some California crimes and how self-defense may be appropriate as a legal defense in your criminal case:

Battery - You only intended to defend yourself against a person due to honest perceived fear of harm or imminent danger. There may have been no reasonable chance to retreat or escape the situation.

Resisting Arrest - You only intended to defend yourself against a police officer who attacked you while trying to arrest you.

Domestic Violence - You believed you were in danger and used force to protect yourself based on your perceived level of danger.

Murder - You had a reasonable belief that the use of force was necessary to prevent serious bodily injury or death to yourself or another person or to prevent the commission of a forcible felony.

If you are facing criminal charges in California for using force against another person, you need to retain a skilled criminal defense lawyer immediately. Your attorney can assess the details of your unique circumstances and seek to establish that you acted in self-defense. Don’t leave anything to chance when it comes to your future and your freedom.

The Importance of Skilled Advocacy

When you have a reasonable belief that you or another person may be in imminent danger, you are within your rights to act in self-defense. Unfortunately, you may be facing criminal accusations for your otherwise unlawful acts. If you have been arrested and charged for using force against someone else but were only protecting yourself, retaining a highly-skilled criminal defense attorney is critical to protecting your rights.

For more than 25 years, I have devoted my career to handling criminal cases and defending individuals who are facing criminal charges for using force or violence to protect themselves. As your attorney, I can review and investigate every last detail of your situation and gather required evidence to pursue a successful self-defense argument for your case. Using my in-depth understanding of California laws addressing self-defense in criminal cases, I can guide you through the often complex legal process. I will fight on your behalf, every step of the way.

Are you facing criminal charges for acting in defense of yourself or others? Contact my firm—the Law Office of Alec Rose PC—today to schedule a simple one-on-one evaluation with a knowledgeable criminal defense attorney. My firm is proud to represent clients throughout California, including Los Angeles, Orange, Santa Ana, Ventura, Santa Barbara, and San Diego.