When Striking Prior Convictions Is an Option 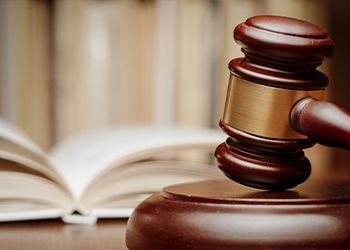 1994, the voters of California approved what is commonly referred to as the “three-strikes-and-you’re-out” law which enhanced prison sentences for repeat offenders. The rationale was that longer prison sentences based on past convictions would discourage repeat offenses, as well as keep offenders off the street for a longer period.

Although this might have sounded “tough-on-crime” good on paper, it had some catastrophic results in practice, sentencing petty nonviolent repeat offenders to prison for 25 years to life. The California Supreme Court’s 1996 decision in People v. Romero confirmed that a judge could remove a past strike in certain cases. This opened the door for defense attorneys to challenge prior strikes by filing a “Romero Motion” on behalf of their clients.

If you are facing a second or third criminal charge, which could result in enhanced sentencing under the Three Strikes law, you may be wondering whether you could have a prior conviction struck. In certain circumstances this strategy will work, but not in all.

One year before the Three Strikes law was passed, I began practicing as a criminal defense attorney. Since then, the Alec Rose Law Office has represented thousands of clients, developing a reputation for aggressively defending those charged with crimes in and around Los Angeles and throughout California.

What Are the Benefits of
Striking a Prior Conviction?

What Does Section 1385 of the
California Penal Code Say?

Section 1385 of the California Penal Code gives judges, on their own or at the request of the prosecution, the ability to dismiss an action, including a prior strike if doing so is in the interest of justice.

If the court finds there is probable cause for the criminal charge during the preliminary hearing, and if the defendant is facing an enhanced sentence if convicted, the defendant’s attorney will file a motion to strike a prior strike. If the defense attorney does not file a Romero Motion, they can still do so at any time during the trial, so long as it is presented before sentencing.

Factors that are considered before striking a previous strike include:

Often, there is little that even the best defense attorney can do to refute the prosecution’s evidence of a crime. However, experienced criminal defense attorneys like me will use whatever legal means available to mitigate the punishment.

Striking prior convictions is certainly not a given. An attorney will need to demonstrate extraordinary circumstances in arguing a motion to strike, presenting clear and convincing evidence that a conviction for the current offense should not be affected by a prior conviction.

I may be your best chance for convincing the court to strike a prior conviction. Call now.