What to Do if You’ve Been Arrested for Domestic Terrorism 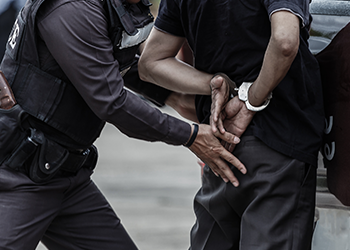 According to recent data compiled by the website Statista, there were 68 domestic terrorist attacks in the U.S. in 2019 — the latest year for full statistics — up from 18 acts in 2008. Additionally, since the September 11th terrorist attacks, there have been 239 U.S.-born terrorists involved in incidents on American soil.

Under federal law, if you’re suspected of even contemplating an act that could be considered domestic terrorism, you can have all of your assets frozen while waiting months for a court appearance. You can also be charged under a number of different criminal statutes. Congress, after the raid on the U.S. Capitol on January 6th, is now also considering a new domestic terrorism bill, which could result in enhanced penalties.

Most charges of domestic terrorism are based on existing criminal law, such as destruction of property, arson, assault and battery, and even murder. The USA Patriot Act, passed in response to events on September 11th, offered new criteria for designating acts of domestic and international terrorism, while also increasing the penalties for terrorism-related crimes.

If you or someone you know is under suspicion of plotting an act of terrorism or actually participating in an incident that leads to criminal charges, it is imperative that you have an experienced and aggressive criminal defense attorney on your side.

My firm, the Alec Rose Law Office, is proud to serve clients in the greater Los Angeles area, including the surrounding counties of Santa Barbara, Ventura, Orange, San Bernardino, and San Diego. With more than 25 years of legal experience in both civil and criminal proceedings, I have the knowledge and expertise needed to protect your rights and defend your freedom.

Unless the current Congress can agree on a new or refined definition of domestic terrorism and designate its penalties, the USA PATRIOT Act — mirroring 18 U.S. Code Section 2331 — provides the best definition. First of all, domestic terrorism must be an act that is “dangerous to human life” and includes an act or acts that are illegal in the state where it takes place.

Further, the goal of the domestic terrorism act should be to:

The FBI condenses this down to: “Violent, criminal acts committed by individuals and/or groups to further ideological goals stemming from domestic influences, such as those of a political, religious, social, racial, or environmental nature.”

Examples of terrorism on our shores began well before the September 11th attacks. Below are just a few examples of domestic terrorism that have made their way into the history books.

On April 19, 1995, ex-Army soldier Timothy McVeigh parked a truck filled with a bomb made of fertilizer, diesel fuel, and other chemicals in front of a federal building in Oklahoma City, Oklahoma. When it exploded at 9:02 a.m., the bomb killed 168 and injured several hundred more. The FBI called it “the worst act of homegrown terrorism in the nation’s history.”

Antifa & Other Recent Acts of Terrorism

More recently, former President Trump wanted to label Antifa as a domestic terrorist organization for its participation in various protests during the pandemic and following the murder of George Floyd. Those on the left still desire to label some right-wing groups that participated in the January 6 demonstrations as terrorists.

The American Civil Liberties Union (ACLU) worries that labeling groups as terrorists can be a political landmine that could end up being used to tarnish and punish one’s ideological opponents. It lists Greenpeace, Operation Rescue, and the Environmental Liberation Front, among others, as groups that “have all recently engaged in activities that could subject them to being investigated as engaging in domestic terrorism.”

The ACLU specifically worries about Section 806 of the USA PATRIOT Act, which allows for the seizure of assets held by any group or person to be used “with the intent or for the purpose of supporting, planning, conducting, or concealing an act of domestic or international terrorism against the United States.”

The government can seize these assets without notice awaiting a civil court proceeding that could take place months later. Mere survival during that period could prove nearly impossible. Meanwhile, since it is a civil action, the government will not appoint an attorney to represent you, and the government can attempt to prove its case with a mere “preponderance of evidence.”

In California, the Hertzberg-Alarcon California Prevention of Terrorism Act of 1999 sought to ban the development and use of weapons of mass destruction for the purposes of committing terrorist acts. In seven clauses, the act bans these weapons, among others:

The penalties for developing or maintaining these agents often vary by the type of agent and can range up to 12 years in prison along with hefty fines. The penalty for deploying a weapon of mass destruction against another person or persons “that may cause widespread great bodily injury or death and causes the death of any human being” is life imprisonment.

The act also allows for prosecution under any other existing law that may provide stiffer penalties.

Timothy McVeigh himself was convicted on 15 counts of murder and conspiracy and sentenced to death by lethal injection, which took place in 2001. Since then, most acts of domestic terrorism have also resulted in charges under existing laws. The USA PATRIOT Act strengthened many of these laws by enhancing their maximum penalties and also eliminated the statute of limitations for certain terrorist acts. It also expanded the potential for conspiracy charges for terrorism-related crimes.

At the end of the day, charges related to domestic terrorism are generally all felonies, which means you can lose your right to vote and your right to bear arms, in addition to facing a lengthy prison term and substantial monetary fines. Relying on a public defender for such a serious criminal charge is never your best option. Public defenders, no matter how capable or dedicated, usually face heavy caseloads. Your case most likely won’t get the attention it needs or deserves.

With my decades of experience working within the criminal justice system, I will listen to your story, investigate the circumstances, discuss your options with you, and outline an aggressive defense strategy aimed at pursuing the best possible outcome for your case. If you are being investigated for domestic terrorism or have already been charged and live in the Los Angeles area, or anywhere else throughout Southern California, call my firm, the Law Office of Alec Rose, PC, immediately for reliable legal help and strong representation. I will do everything I can to protect your rights and ensure you have the best possible chance at fighting your charges and pursuing a favorable outcome.