The Consequences of Parental Kidnapping 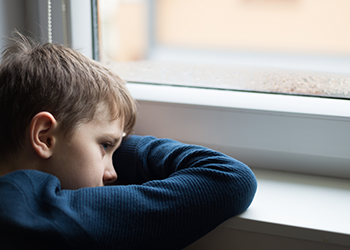 Though local and statewide statistics are hard to come by, roughly 200,000 children are victims of family abduction every year, according to the U.S. Department of Justice.

The act of one parent’s taking a child from the custodial parent has come to be known in popular parlance as parental kidnapping — but under California law, it is more often categorized as a statutory crime of child abduction or deprivation of custody, depending on the circumstances.

If you’ve been charged with any crime associated with parental kidnapping — abduction, deprivation of custodial rights, or actual kidnapping itself — contact my firm, the Law Office of Alec Rose, PC. Your future custodial rights could weigh in the balance and you could be facing additional penalties such as jail time and fines. I will work with you to develop a strong legal defense aimed at pursuing the best possible outcome for you and your case.

For more than two decades I have been serving clients in the Greater Los Angeles Area, including in the neighboring communities of Ventura, Santa Barbara, San Bernardino, Orange, and San Diego. Call or reach out to my office today to learn more about how I can help you with your case.

Child abduction involves children under 18 who are taken or withheld from their lawful custodian with the intent to detain or conceal them from that custodian. Under Penal Code 278, the act must be “malicious,” which under California law merely means intentional. The crime is not against the child, but against the custodian.

For example, Jane’s ex-husband John, who has been denied custody by court order due to anger or other issues, decides he needs to see his daughter, so he picks her up from school and takes her to his residence. Even though she does not resist, this can still be considered child abduction. The victim, in this case, is the custodial parent, Jane.

For example, under 278.5, Jane’s ex-husband John does have custody of his daughter, but chooses to keep her at his home beyond the allotted period for parenting time because he is upset with his ex-wife. Again, the child is fine with this, but the mother has been denied her right to custody. Again, the victim, in this case, is the custodial parent, Jane.

Child kidnapping, in contrast, is a crime against the child. Penal Code 207 defines kidnapping as:

For example, under 207, John would have to forcibly or through instilling fear take his daughter from school and “move” her to his residence or another location. The daughter would have to resist this and would be considered the victim.

Child abduction and deprivation of custody are both considered “wobbler” offenses, meaning they can be charged as either a misdemeanor or a felony. The misdemeanor penalties for both are the same: up to one year in county jail and/or a fine of up to $1,000.

Factors used in determining whether to charge these as a misdemeanor or a felony include, in addition to the child’s age and the duration of the abduction or interference include the following:

Exceptions to Interference of Custody

Courts cannot convict someone of deprivation of custody if the parent acts out of reasonable concern for the safety of the child. This involves showing that:

If you act on these reasons and take custody of the child, you must then:

How the Alex Rose Law Office Can Help

A charge of abduction or deprivation of custody can leave you and your child in a precarious position, threatening your future relationship and status as a parent. If you’ve been awarded parenting time, the court may even revoke that right as part of your conviction.

If you’ve been charged with any of these parental kidnapping crimes, I would be happy to meet with you, listen to your story, explore your legal options, and develop a strong defensive strategy that can help you pursue the best possible outcome for your case. I provide personalized, one-on-one service and you will never be left in the dark wondering what the status of your case is.

I’m also proud to serve clients in and around the Greater Los Angeles area, including San Bernardino County, Orange County, Ventura County, Santa Barbara County, and San Diego County. So if you or someone you know is being investigated or charged with abduction or deprivation of custody, call my firm, the Law Office of Alec Rose, PC, today for reliable legal counsel and representation.