He Said, She Said: Finding the Truth 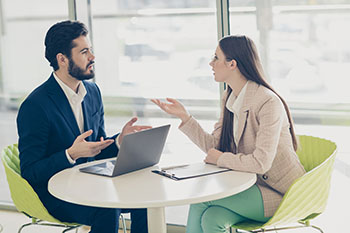 QUESTION: What do Harvey Weinstein and Brett Kavanaugh have in common?

ANSWER: Both were caught up in “he said, she said” drama. One went to court and then to jail; the other was confirmed to the U.S. Supreme Court.

Granted, the circumstances for the two were completely difficult.

Kavanaugh, a judge, was caught up in a political confirmation battle when, at the last moment, a woman accused him of sexual assault. Maine Senator Susan Collins famously asked where the corroborating evidence was. Kavanaugh was eventually confirmed.

Weinstein, an entertainment mogul, faced the testimony of several “shes” in court on rape and sexual assault charges. He was convicted of third-degree rape and a first-degree criminal sexual act (not sexual assault itself) and sentenced to 23 years in prison.

Are you facing sexual assault or other sex crime charges in the Los Angeles, California area and fear for your odds in a “he said, she said” trial? When the testimony of one person could send you off to prison, you need to contact me at the Alec Rose Law Office.

I have been helping clients facing sex charges for 25 years. I will aggressively represent you and work to develop a strong defense to increase your chances of obtaining the most favorable outcome available.

He Said/She Said Testimony in History

Up until fairly recently, in the case of sexual crime charges, a woman’s testimony needed to be corroborated by a witness or other evidence for it to lead to a conviction — or even a criminal charge in the first place.

This bias against a women’s testimony in matters of sex crimes dates back centuries to English law, which mandated that a woman’s testimony was insufficient to bring rape charges against a man unless corroborated. The same standard did not hold for other crimes, such as muggings, robberies, and physical assaults, for which sole testimony by a female was sufficient.

This bias carried through to American law, endured well into the 20th century, and didn’t start unraveling until the 1970s. Today, a woman’s sole testimony can be sufficient in sex crimes, but that being said, a good defense attorney is going to poke holes in her testimony and try to bring forth facts to the contrary — in essence, working to show there is no corroborative evidence, or that there is contradictory evidence.

Remember also that for a jury to convict someone based on the sole testimony of another person, the jurors need to be convinced “beyond a reasonable doubt.”

Though it’s possible for a jury to convict someone based on the accuser’s testimony alone, he said/she said trials involve more than just the testimony of a single person.

First off, how credible is the accuser? Does she (in a sexual crime trial) have a grudge or another motive to drive her testimony? The accuser may have a personal reason to lie, including divorce or custody proceedings, romantic revenge, financial interests, or career prospects.

The attitude of the person on the stand may even reveal hidden motives or deceit. Is he/she calm, direct, and helpful, or evasive, perhaps even belligerent?

Inconsistencies between the police report and the testimony on the stand can also be called into question.

Corroboration may no longer be a requirement, but it has proven invaluable in many types of criminal proceedings. DNA is an overriding element in sex crime cases, but if a sexual assault victim delays reporting the crime, DNA may no longer be available.

Eyewitnesses of the alleged act usually don’t exist, but witnesses at the bar or party where the interaction between the two began can prove helpful. Maybe there is a video from the initial encounter. Text messages and phone calls can be examined, as well as social media posts, personal memoirs, even doctors’ records.

Maybe other people saw the accuser just after the event and can testify that she didn’t seem distressed.

Remember, it is the duty of the prosecutor to prove the charge beyond a reasonable doubt, which may prove to be a high hurdle if the only evidence is the testimony of one person, whose character can be questioned and against whom other types of evidence can be presented by the defense.

Seek Help from an
Experienced Attorney

The last thing you want is to rely on a public defender if you’re charged with a sexual offense. I have more than two decades of experience in defending clients in and around the greater Los Angeles area, including the neighboring counties of Orange, San Bernardino, Ventura, and even San Diego.

I will provide you with the highest level of legal guidance and work with you on a defensive strategy aimed at achieving the best possible result. Call me today at the Alec Rose Law Office.