Consequences of a Domestic Violence Charge

In the latest statistical year, 2019, the California Department of Justice reports there were 161,123 calls to police for incidents of domestic violence. These incidents were almost evenly split between violence with no weapon, 85,995, and violence with a weapon, 75,128. 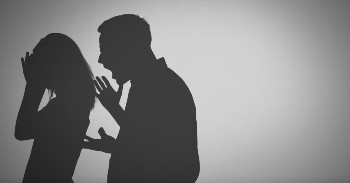 Regardless of how domestic violence occurs, even if you just intimidate or threaten an intimate partner, you can be served with a Domestic Violence Restraining Order (DVRO). Depending on the level and type of violence, you may also be charged with a misdemeanor or felony and face prison time.

If you’ve been charged with domestic violence in or near Los Angeles, California, call me at the Law Office of Alec Rose, PC. I have 25 years of experience as a criminal defense attorney fighting for people’s rights in domestic violence and sexual abuse cases.

Definition of Domestic Violence in California

Acts of domestic violence can include:

Domestic violence in California is covered by various statutes leading to various possible punishments. It is also considered a “wobbler” offense, which, depending on severity and circumstances, can be charged as either a misdemeanor or a felony.

When a domestic spat leads to the willful and unlawful use of force, the perpetrator can be charged under Penal Code 243(e)(1) with domestic battery. Domestic battery is a misdemeanor punishable by a fine of up to $2,000 and/or a one-year jail term.

Considered even more serious is “corporal injury” under Penal Code 273.5. Similar to domestic battery in that it requires the use of force, corporal (bodily) injury must also result in a visible physical injury. PC 273.5 is a felony punishable by a fine up to $6,000, plus one year in county jail, or up to four years in state prison.

In addition to restraining orders and the specific crimes of domestic battery and corporal injury, if you are charged with domestic violence, several possible consequences are on the table, including:

The last consequence can be far-reaching. Your criminal record could hinder or even prevent you from obtaining housing or employment, to say nothing of the public censure and embarrassment that may ensue. Loss of child custody and gun ownership rights can also result.

As mentioned, domestic violence charges can “wobble” between being a misdemeanor and a felony. A felony conviction can lead to more serious consequences, as noted under corporal injury. A court may upgrade a domestic violence incident to a felony if the following conditions are met:

Commonly, the defendant will also claim to be falsely accused because of anger or jealousy, or in an attempt to gain the upper hand in divorce or child custody proceedings.

Working toward a plea bargain to a lesser offense, such as criminal trespass or disturbing the peace, can lead to several advantages, including retaining gun ownership rights and not losing child custody rights.

Trust Me as Your Domestic Violence Attorney

Domestic violence is a serious charge in California, with far-reaching — or even permanent — consequences. Don’t hesitate in obtaining immediate legal advice and representation from an experienced domestic violence attorney.

For 25 years, I have been helping clients involved in domestic violence charges. I will listen to your story, assess the facts, and work with you to create a legal strategy to establish your innocence or get your charges reduced. Also, if you have a hearing upcoming for a DVRO (restraining order), contact me to represent you.

If you’re in the Los Angeles area, or in neighboring counties of Santa Barbara, Ventura, Orange, or San Bernardino, contact me at the Alec Rose Law Office immediately to discuss your case.